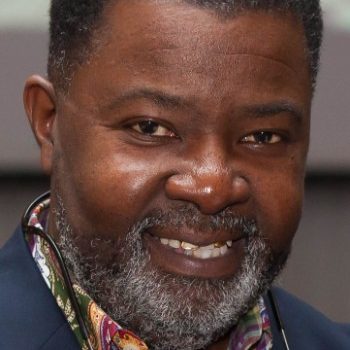 Frankie Roberts was born and raised in Wilmington NC.   He went to private school in his early years (K-8th grade) and he graduated from John T Hoggard High School. He owned and operated a community-based barbershop for approximately 18 years where he received his informal education in community organizing, job development, relationship building, and individual/family counseling.

Since 2000, Mr. Roberts has been the Executive Director of Leading Into New Communities (LINC) Inc., a non-profit agency that provides shelter and services for men and women returning from prison.

Mr. Roberts co-founded LINC, Inc. with Tracey Ray after he lost his brother to incarceration and addiction. LINC’s mission is to educate and motivate youth to make positive life choices while empowering men and women returning from incarceration to be productive members of our community.  LINC has successfully helped reintegrate over 1200 men and women who have been released from prison since 2002; 92% of which have remained out of prison.

In 2006, LINC, Inc. received “Public Organization of the Year (Non-Public Sector)” by the Public Administration Program at the University of North Carolina Wilmington.  Mr. Roberts won “Entrepreneur of the Year Award” in 2011.

He is the past Chairman of the Department of Social Services’ Board of Directors, member of Criminal Justice Partnership Board, member of Cancer Outreach Board through New Hanover Regional Medical Center, and past member of the Juvenile Crime Commission.

Frankie is honored to be a husband, father, and grandfather.  Frankie considers himself blessed to have the strong “dream team” at LINC, Inc. that works diligently daily to identify and meet the needs of individuals returning from incarceration.