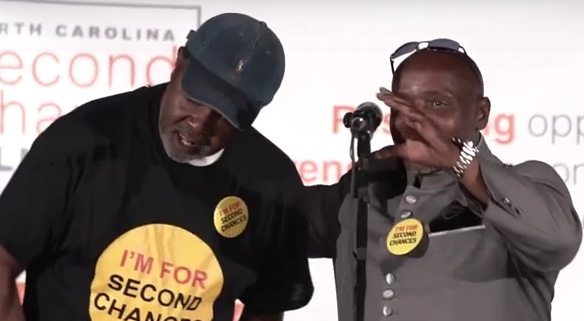 Friends and supporters of reentry and second chances gathered in September to celebrate the launch of North Carolina’s first chapter of the Second Chance Alliance.

Opening doors and saving lives — or “turning setbacks into comebacks” as Frankie Roberts, LINC, Inc., executive director, says — was the theme of the event. The new chapter will set join statewide advocacy efforts in providing opportunities in housing, employment, support services, and healthcare for men and women returning to the community from incarceration.

Speakers at the event included Dennis Gaddy, of Community Success Initiative in Raleigh North Carolina, who was instrumental in getting LINC, Inc. involved in statewide reentry work, and Daryl Atkinson, co-director of Forward Justice.

Impacted persons shared their stories of opportunity and being setting up for success as citizens. State and local officials provided updates on legislation and efforts to “Ban the Box,” among others.